Top 5 LEGO Themes That Have a High Return on Investment 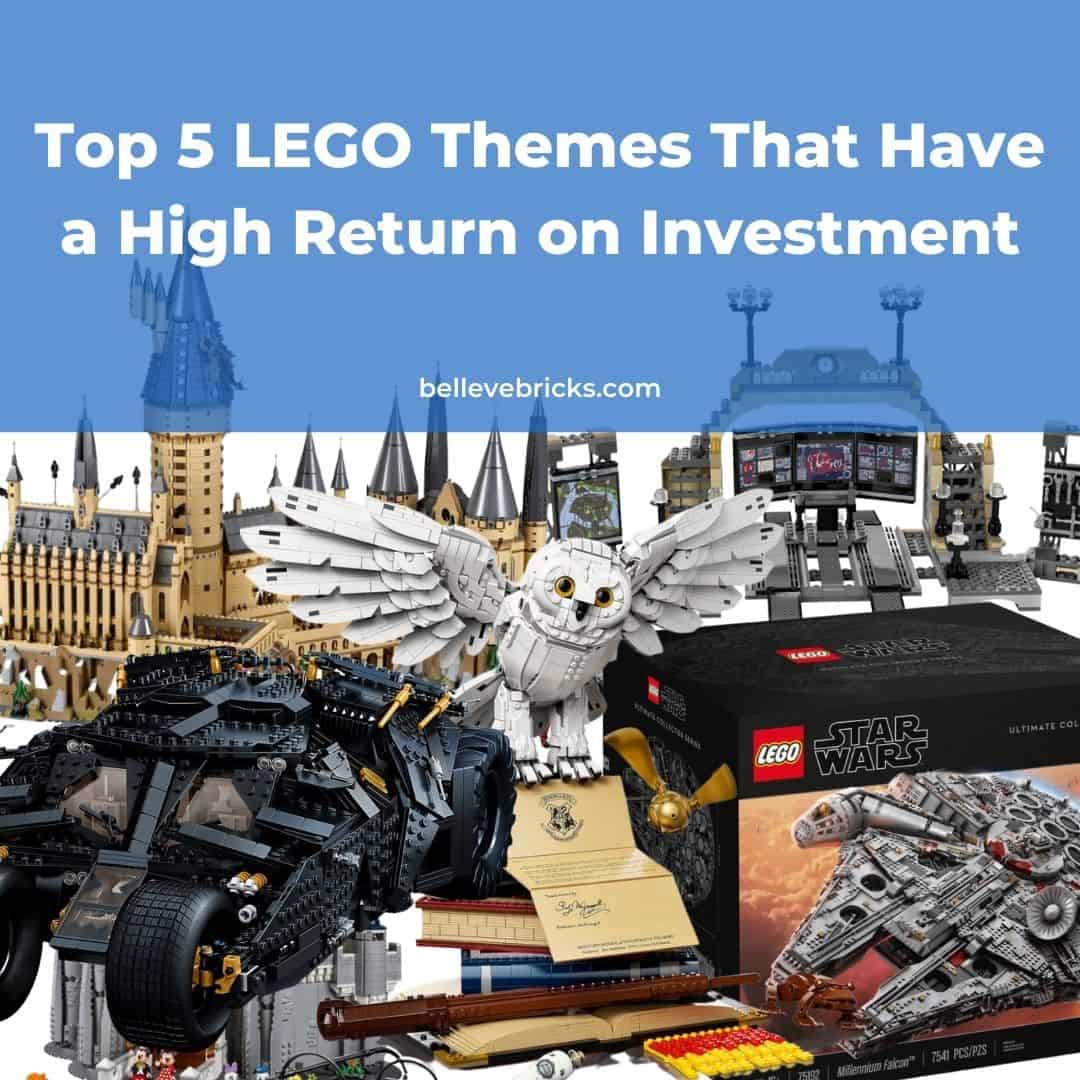 Some people buy LEGO sets for the fun of it, others actually purchase those because they like the LEGO Themes featured there. But there are also investors that know how valuable some sets are, based on the LEGO Theme that they have and other factors. The truth here is that many themes tend to be extremely valuable and they retain or even increase that value in the long run. Believe it or not, there are some LEGO Themes in particular that are always known to be extremely impressive, and they retain prices more than you might expect. That’s what makes them so different in the first place.

Back to the Future

There aren’t a lot of Back to the Future LEGO sets. That’s why this is one of the most iconic LEGO Themes out there, because you can easily buy this for a very low price and sell it for a profit. It’s definitely worth checking out, and the benefits are among some of the best.

With that in mind, some sets came in 2013 for this LEGO Theme and now they are worth many times the original RRP. Which is why this is one of the top LEGO Themes you can find out there.

It’s very different when compared to other series out there, and it definitely delivers on its promise and quality. Which is why it’s a very good idea to check it out for yourself. In the end, you will appreciate the experience and benefits.

Out of this entire theme, the Delorean Time Machine (21103) set is widely sought after because it has the iconic car and also the amazing characters as minifigures. It just doesn’t get any better than this, and people are willing to pay a huge amount of money for sets like these, which is exactly what you want as a collector or reseller.

Let’s face it, LEGO has a ton of Star Wars sets, ranging from sets for every episode to something iconic like the Ultimate Collector Series Set for the Millennium Falcon.

It’s an amazing set with a lot of detail, and which comes with thousands of pieces. Needless to say, this set alone is close to $1000 on the market. There are many other sets that include iconic characters which are widely known to be very costly.

And it’s easy to see why, Star Wars is one of the most beloved series in the world and it does push the limits and boundaries in an exciting, new way.

The interesting thing about Star Wars sets is that many of them come as a limited edition. Because of that, this is one of the LEGO Themes that will always have lots and lots of value.

Obviously, new sets are coming in, but the older ones are getting vaulted and in the long run you will find yourself amazed with the quality and results provided from something like this.

Detective Comics or DC is also known to have some amazing LEGO sets. Those that love superheroes love sets related to Batman or Superman and it’s nice to see that we have things like the Batmobile Tumbler set (76240), Batcave™: The Riddler™ Face-off (76183)and a variety of Justice League related sets.

It’s a whole lot of fun, and you can be as creative as possible with this kind of stuff. These sets tend to be very detailed, and widely sought after. It’s easy to see why, a lot of people love superheroes, so it’s one of the LEGO Themes that can be extremely profitable all the time.

Another one of the themes that has become a pleasure to collect for lots of people is Disney. The LEGO Themes can’t be complete without Disney, since this is one of those things that everyone loves.

In fact, there are more Disney fans than LEGO fans. So it’s a no brainer to get this type of set because it looks great, it provides a lot of quality, and most Disney stuff usually ends up being very valuable as time passes by.

Some sets like the LEGO Disney castle set are known to be iconic and a pleasure to create and display. That being said, these are also the sets that tend to retire quite fast.

So if you have the opportunity to grab one, then this is definitely the right thing to take into consideration. It’s a very good idea to check it out for yourself, and then pick a themed set you like.

It’s important to note that despite the movie series being over for years now, Harry Potter is still a best selling LEGO set. It’s one of those immortal themes that passes the test of time and it’s super fun.

The quality is impressive, and you will be amazed with its great features and the fact that there are a diverse set of LEGO sets in this theme too.

So there’s no shortage of expensive, yet very iconic sets here and that’s what makes Harry Potter special, it’s an amazing world that has fascinated millions of people and it continues to be very iconic and a best seller in the LEGO world as well.

These are some of the most popular and in demand LEGO Themes out there. Of course, other themes like Pirates of the Caribbean, Friends are a great example of best selling LEGO Themes, but the truth is that those mentioned in our article are by far surpassing competitors.

Many of these themes are timeless, and they continue to draw in a large crowd. Which is great, because you will find yourself impressed with the benefits and results, and the quality itself can be incredible. It does take a bit of time to narrow down everything, and then see what theme is ideal for you to invest in!