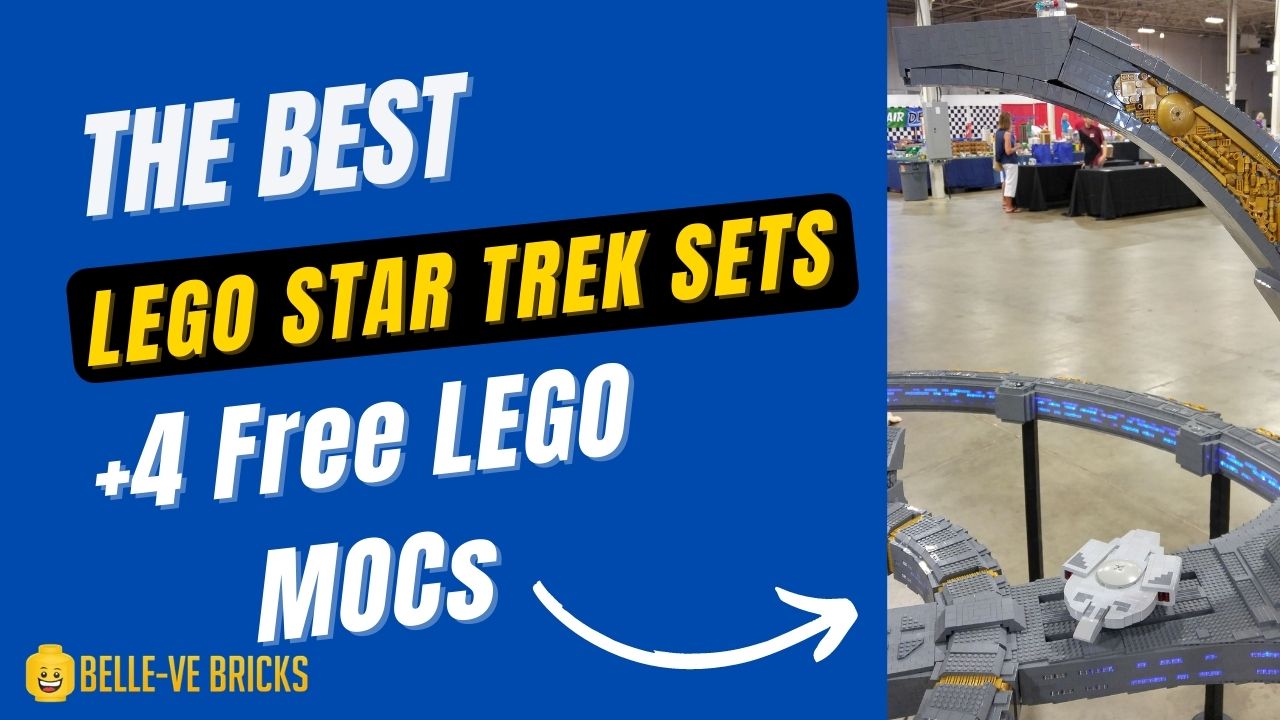 With Star Trek being a popular choice amongst the sci-fi fanbase it isn’t surprising that people are frequently asking for LEGO® Star Trek sets. It may surprise you that

LEGO has never released even one official LEGO® Star Trek set, there is a reason for this… licensing! If you are one of the people crying out for one then look no further, we have found the best LEGO® Star Trek sets on the internet.

Why Are There No LEGO® Star Trek Sets?

The reason there have not been any LEGO® Star Trek sets released is down to licensing, the LEGO® Group does not have the license to produce Star Trek sets.

In 1999 the LEGO® Group gained the license to produce Star Wars sets, these sets have been a massive success, arguably the most popular theme LEGO® has ever released.

With this being the case, I believe all the time they are licensed to produce Star Wars sets they will continue to put all their focus, design, and production power into this ever-growing theme.

In 2013 C3Brix submitted a LEGO® MOC named “STARTREK NCC-1701 STARSHIP ENTERPRISE” which receive 1003 supporters but was closed with the following message on the “Official LEGO® Comments” tab.

We’ve looked into the possibility of producing a set based on this licensed property (Star Trek), and since another company has the construction toy license for this IP, we can’t pursue this further as a potential LEGO® set. We’re sorry to be the bearers of this disappointing news.

Even though this was quite a few years ago the license still remains with another company and I cannot see them wanting to give up the license anytime soon!

Will The LEGO® Group Ever Get the Star Trek License

I can only give my opinion on this, my thought on this is that all the time LEGO® is producing Star Wars sets you will never see a LEGO® Star Trek set for sale.

On top of this the Star Trek license is already owned by BlueBrixx and Mega Bloks, all the time they have it I would not expect The LEGO® Group to be able to get the license even if they wanted it…

Are There Any Alternate LEGO® Star Trek Sets?

If you are not averse to trying out alternate LEGO® products you will be pleased to hear that BlueBrixx secured the license to produce Star Trek sets in July 2021.

If you weren’t aware, BlueBrixx is a German toy production company who were established in 2017.

At the time of writing this, they have 17 sets available for purchase, I cannot comment on the quality of the bricks but I can say that the sets look very detailed and well-designed.

Mega Bloks is a brand I was expecting most LEGO® fans have heard of and when it comes to Star Trek sets you shouldn’t ignore them.

What LEGO® Star Trek MOCs Are There?

These are all available from his store but so you can easily see what he is offering they are all listed below.

The USS Enterprise (NCC-1701-D) was a 24th-century Federation Galaxy-class starship operated by Starfleet, and the fifth Federation starship to bear the name Enterprise. During its career, the Enterprise served as the Federation flagship and was in service from 2363 to 2371.

One of the most important starships in interstellar history, Enterprise (NX-01) was the culmination of the NX Project. The NX-01 was the first NX-class starship, launched by the United Earth Starfleet in 2151.

Mixing LEGO® Star Trek with Croissants? What a genius idea! These mini-builds only take 70 pieces to put together, these would be very effective if you wanted to make a fleet of Ferengi Marauders.

Made from only 92 pieces this LEGO® Star Trek mini build is fun and cheap to build. Once you are finished sit it on the stand to show it off.

The mini version of a Romulan D’deridex-class, B-type Warbird goes well together with Force of Bricks Mini Enterprise D which is also available here.

This LEGO® Star Trek set is beautiful and would be welcomed by any Star Trek fan, careful attention has been paid to the detail of this LEGO® MOC and it was definitely worth it.

Not only does the USS 1701-A Enterprise look amazing it is also free-standing which is great when you want to sit it with your collection of LEGO® sets!

This is another set that is beautifully designed, I think the most impressive part of this set is the neck of the ship.

It’s unreal how they have managed to keep the neck so thin but with it still able to support the front of the ship, this is a very impressive Star Trek MOC!

This Starship was submitted to LEGO IDEAS in 2013 but was sadly rejected due to licensing limitations.

I really love the unique way C3Brix has made the stand for this Star Trek MOC and the level of detail is perfect.

It is definitely a shame this set did not make it to the rounds and into production!

I was completely lost for words when I saw this Star Trek MOC, made up of over 75,000 pieces and with a diameter of 8 feet this design is absolutely crazy!

Adrian Drake (AKA Brickfrenzy) is the person behind this incredible creation and it’s not hard to believe this took him 2 years to create this masterpiece.

This space station is rammed full of details, the lights around the inside of the ring and leading to the center are a nice touch, it really brings the set to life.

The engineering behind this set though, I mean wow… this thing is huge and must weigh a lot!

I am amazed at how Adrian has managed to make the space station self-supporting and how he has designed the top vertically curved structures to stand without snapping in the middle! Adrian Drake deserves the crown of master builder for this LEGO® Star Trek design!

LEGO does not have the license to release official LEGO® Star Trek sets and with brands such as Mega Bloks and BlueBrixx holding the license, I wouldn’t expect one anytime soon either.

If you dream of owning your own LEGO® Star Trek set I would recommend starting off with a Star Trek LEGO® MOC, you have a lot more designs, styles, and variations with these types of sets.

Don’t forget to, if you cannot find the perfect LEGO® Star Trek set you can always think about a commission-built design, if you are interested in discussing making your dream set a reality drop click here to contact us today!

A Few Essentials and My Recommended DJ Equipment by DJ Ferdi Vol
With so much information on my site I wanted to bring it down to an all in one place where I list my updated personal recommendations for 2021 and popular items that people have used themselves with succes. You can check it all out below.
DJ Essentials
The absolute DJ essentials every beginner has to start with or any advanced DJ has used or is still using.
DJ Controllers
It can be overwhelming to choose the right controller as there are countless things to consider. Having the right experience is key to know what controller someone needs. It's the thing you will use most and you can find the right DJ Controller here.
Headphones
Better headphones results in better overal audio quality as well as easier beat-matching and comfort while using them on the fly. These best DJ Headphones for 2021 are tested first hand.
DJ Gifts
It can be hard to find the right gift to give a DJ but it's also nice to treat yourself with some DJ gifts that you didn't even know existed.
We Design Custom Lego MOCs
Want the perfect gift for your partner or want an original business promotion item? Check it out now!
The Perfect Gift

Written by Matthew Mitchell
Hey, I am Matthew Mitchell and I am an AFOL from the UK. I have been fascinated by LEGO since I was a child. My two children are in love with LEGO and it's because of them that my interest in LEGO continued to grow, this is how I fell in to the rabbit hole of LEGO MOCs. With every new LEGO MOC I saw I became just a bit more addicted to the endless possibilities that LEGO offers. This led me to creating Belle-Ve Bricks, a platform where talented LEGO designers can share their work with the world.
About Matthew Mitchell
We Design Custom Lego MOCs
Want the perfect gift or business promotion item? Check it out now!
Custom Lego Models
We host our very complex website with Rocket.net, it transformed our website from a slow website to a fast and user friendly one, please check them out you won't be dissappointed, you can test it for free below if you contact them and they will setup a free domain, then only pay 1$ the first month. 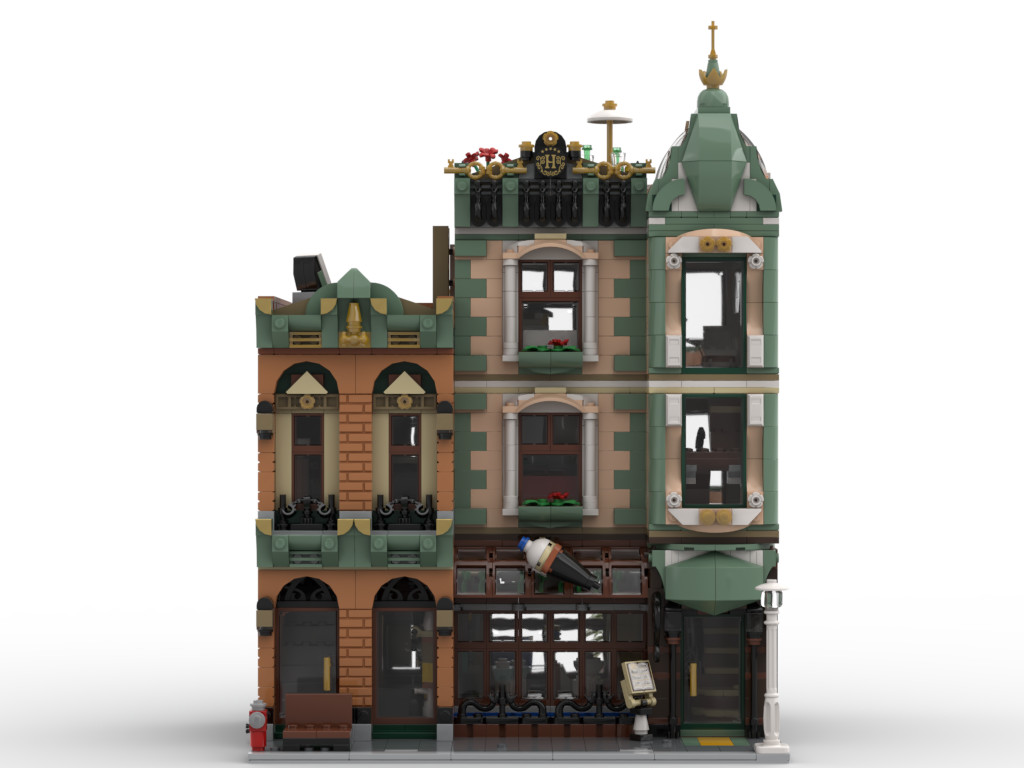